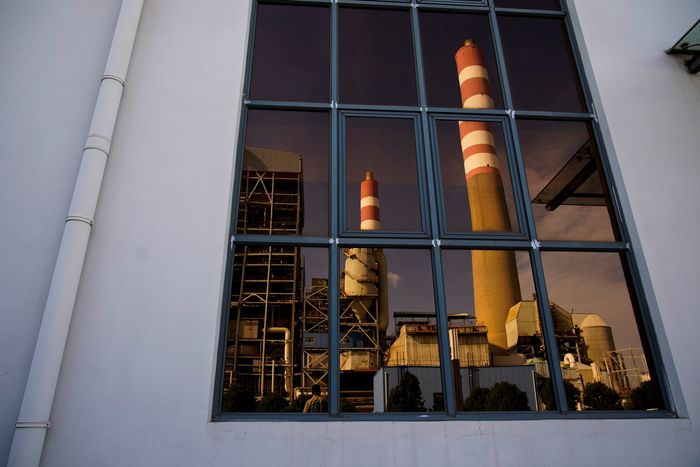 China’s economy recorded a steeper-than-expected economic slowdown in the third quarter of the year, expanding 4.9% from a year earlier. The disappointing growth rate reflected a host of headwinds: Tighter rules on the property market that have chilled activity in the sector, widespread power shortages and continued concerns about Covid-19 that have weighed on consumer spending.

While economists had predicted momentum to slow from the first and second quarters of the year as the statistical base effect from last year faded, the Chinese economy now faces a more daunting set of challenges than had been foreseen earlier in the year, which threatens to drag growth lower in the final months of the year.

The question now is whether the various risks to the economy—both expected and unexpected—crimp growth so much that policy makers rethink their blueprint for 2021.

After China emerged from a coronavirus-wracked 2020 as the only major world economy to report gross domestic product growth, it set a target in March for an expansion of 6% or more for this year, which many economists regarded as conservative after last year’s 2.3% improvement.

At the same time, Beijing made clear that it wanted to use the extra breathing room to take on long-festering issues in the economy, including reining in household and corporate debt—particularly in the country’s frothy housing market—as well as pursuing ambitious climate goals and more tightly regulating technology-sector practices that have been seen as widening inequality.

What policy makers might not have counted on was the extent to which other factors, including the outbreak of a deadly variant of the coronavirus, global supply chain bottlenecks and soaring coal prices, would add to the economic strain.

With a critical meeting of China’s Communist Party leadership slated to take place next year and leader Xi Jinping likely to seek a third term, shorter-term economic growth concerns will likely come back to the fore. That could mean Beijing will be forced to ease fiscal and monetary policy earlier or more forcefully than it had intended, to ensure that this year’s second-half slowdown doesn’t spiral out of control and spill over into next year, economists say.

“Unlike this year, Chinese policy makers will again shift their focus back to maintaining growth next year,” says Larry Hu, chief China economist at Macquarie Group, who predicts a further fourth-quarter slowdown and the setting of an official growth target of 5% or more for 2022. “That means they could ease some policies towards the end of this year.”

For now, some economists are still relatively optimistic that China’s economy will grow by about 8% this year from last year’s low base, though others have begun lowering their forecasts.

On Monday, investment bank ING Bank cut China’s fourth-quarter growth outlook to 4.3%, down from an earlier forecast of 4.5%. It said further downgrades were likely if the central bank doesn’t intervene.

Nomura Holdings last month slashed its estimate for fourth-quarter growth to 3% from a previous forecast of 4.4%, citing impact from property market curbs and energy shortage.

Alicia García-Herrero, chief economist for the Asia-Pacific region at investment bank Natixis, said that even with 3.2% growth in the fourth quarter, China’s economy will expand by 7.8% for the full year.

“The problem, thus, lies in 2022, especially in the first half due to a very negative base effect,” she noted, referring to China’s growth rates of 18.3% and 7.9% during the first and second quarters of this year, respectively, which set a high bar for next year.

One of the most severe worries for economists is a mounting debt crisis at China Evergrande Group, the country’s most indebted property developer. In recent weeks, fears have grown about a possible spillover into the broader property sector, which by some economists’ calculations accounts for about a quarter of the overall economy, when adjacent industries are included.

The downturn in the real-estate market will continue to “weigh substantially on growth” in coming months, said Louis Kuijs, head of Asia economics at Oxford Economics. The research firm has slashed its growth forecasts for the fourth quarter and for the full year to 3.6% and 8%, from earlier forecasts of 5.0% and 8.4%.

Since September, power shortages, partly the result of aggressive energy-efficiency targets set by government officials, have begun to hit China’s manufacturing heartlands, leading to power rationing at factories and forcing some businesses to cut back on production.

While officials have vowed to increase coal supply and allowed for higher electricity prices, economists say the power shortage could persist for months and push up industrial inflation, which grew at a record pace in September.

Last week, Premier Li Keqiang said China had “adequate tools” to address the current challenges and was confident about hitting its growth target of 6% or more. Officials from China’s National Bureau of Statistics on Monday played down the risks of a sustained property slump and said the nation’s power crunch is “transitory.” Both factors, they said, would have a limited impact on the overall economy.

But if downward pressure on the economy rises more quickly than policy makers expect, economists say it could force Beijing to ease fiscal and monetary policy and loosen restrictions on the housing market—including lowering mortgage rates—to cushion the blow.

There is less evidence that Beijing is willing to reverse course on its longer-term efforts to more tightly regulate real estate, internet companies and private tutoring services. Officials blame soaring housing and education costs for burdening China’s middle class and deterring couples from having more children. Internet giants have been fined for engaging in monopolistic behavior and exploiting rank-and-file workers.

—Bingyan Wang and Grace Zhu contributed to this article.