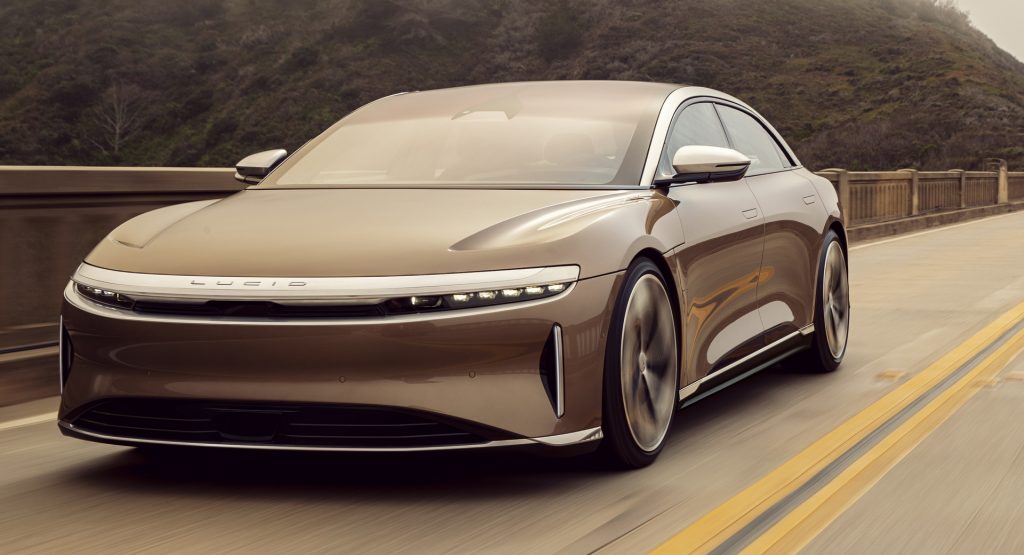 Lucid is ramping up to get its first car, the Air, on the road, and among its selling features will be DreamDrive, the company’s bundle of advanced driver assistance systems. The company unveiled the features that will be available at launch and how it plans to keep the technology up to date.

From launch, the Lucid Air will have an appropriately long list of driver assistance technologies. DreamDrive will allow the car to help the driver stay in the center of their lane, and will utilize adaptive cruise control to keep them a set distance from the car ahead.

Off the highway, DreamDrive will also be able to help drivers park, with automatic parking assistance available for both parallel and perpendicular parking spots. Although these features are less than surprising in the premium vehicle market, Lucid claims that its system is highly intuitive, making it as easy as possible to learn and use.

With a sophisticated driver monitoring system, it also promises to tackle the issue of driver inattention that has recently marred the wider industry’s use of advanced driver assistance systems. Meanwhile, its 21-speaker sound system will also be called upon to warn drivers of upcoming dangers in the corner of the vehicle they’re coming from.

Perhaps its biggest selling point, though, is that DreamDrive promises to come out of the box thoroughly overengineered. With up to 32 onboard sensors, the Air makes use of 14 cameras, five radar units, as well as LiDAR sensors to keep all of the ADAS systems running perfectly. 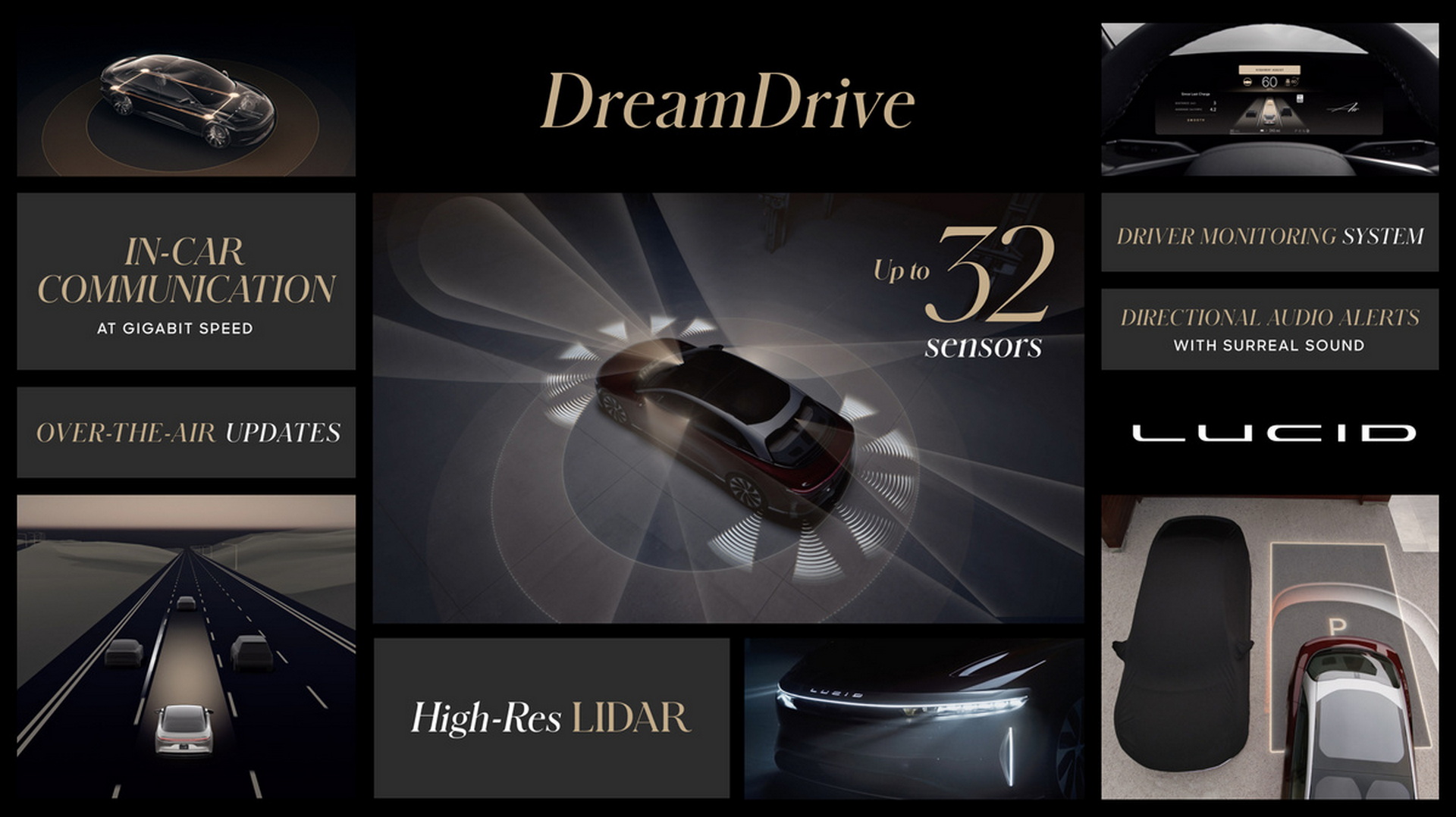 The Lucid Air also comes with a proprietary “Ethernet Ring,” which keeps sensors at all four corners of the car connected to each other. Capable of sending information at gigabit speed, Lucid calls the system an “unprecedented redundancy” for important systems like steering, braking, sensors, power, and more.

The car’s wealth of sensors and computers isn’t just for bragging rights, though. They’ve been installed with a view to the future. Lucid promises that the car will need no hardware updates, just over-the-air software updates, when more advanced technology, like lane change assist and eventually “Highway Pilot,” become available. That last technology, the company promises, will deliver “hands-off, eyes-off automated driving.”

Production of the Lucid Air started last month with the first deliveries scheduled to start later this month.